On January 22 New Year’s Meeting took place in the Giżycko Cultural Center. During the ceremonial gala was held a plebiscite for the Saint Bruno Prize of the Giżycko Patron.

President of the Okręgowej Spółdzielni Mleczarskiej in Giżycko, dr. inż. Szczepan Szumowski was among the outstanding winners of this award and was awarded with the “Ambassador Giżycka” statuette. 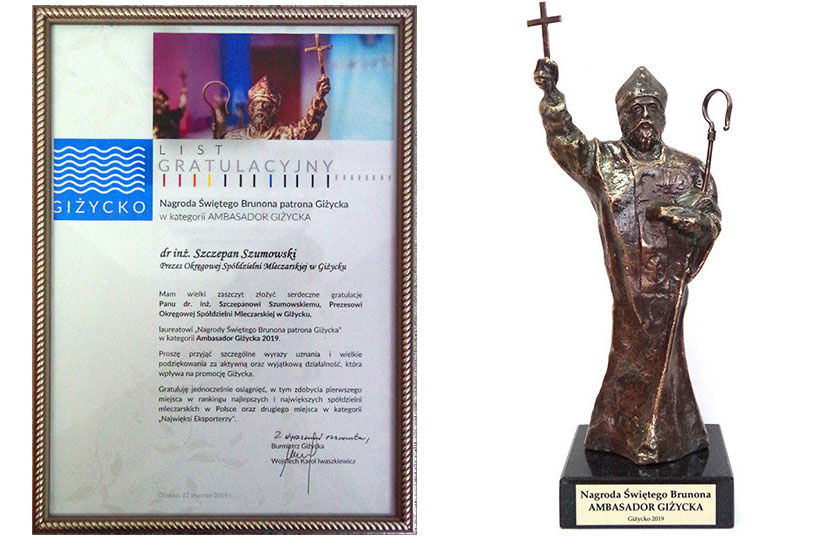